Bulkin I. O. — PhD in Economics, Head of Interdisciplinary Laboratory of problems of formation and realization of scientific and technological policy MES and NAS of Ukraine in SI “Institute of Scientific and Technological Potential and Science History Studies named after H.M. Dobrova NAS of Ukraine”, 60, Tarasa Shevchenka Av., Kyiv, Ukraina, 01032; +38 095670-60-81; bulkin@i.ua

Abstract. The dynamics of human capacity of the Ukrainian R&D in the years of independence are analyzed. It is shown that in addition to significant decrease in the total number of researchers (drop in the number of researchers by more than four times), there has been significant structural change in R&D sectors and in the age structure of researchers. The largest losses were recorded in the industrial sector, which is closest to the manufacturing requirements, where the number of R&D performers fell by 7.3 times (while in the Academy sector it fell by 1.8 times). While in the early nineties, about 70% of domestic R&D was accommodated in the industrial sector, with the share of Academy sector being only about 18%, the share of Academy sector exceeded 44% in 2013 and become the largest one. Over the past twenty years in Ukraine, the share of natural sciences grew by more than twice, which was not due to the increasing of absolute number of researchers (during this period it decreased by more than half), but because of the more rapid decline of researchers in technical sciences (almost by six times!). Chronic years-long reductions of research staff in research institutes have affected the age structure of researchers in the National Academy of Sciences of Ukraine and across the Ukrainian R&D. The authors demonstrate that if radical measures are not taken to keep researchers in R&D, especially ones in the middle age considered as the most productive one, Ukraine won’t be able to reproduce the human capacity of the national R&D in the medium-term perspective.

Keywords: human capacity of the R&D, researcher, structural change in R&D, sectors of sciences, reductions of research staff, the age of researchers 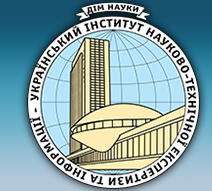